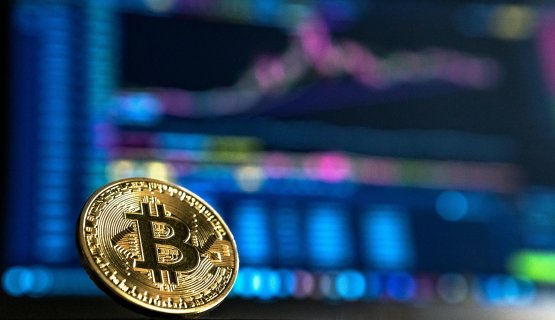 The Bitcoin price keeps rising and rising - despite the Corona pandemic, the BTC price is on a record chase and has set a new all-time high several times in recent weeks. Adoption in everyday life, halving, payment, Bitcoin wallets: BitBucks explains the reasons for this development and why Bitcoin is rightly called the new currency of crisis.

Bitcoin price in 2020 - all time highs in the Corona pandemic

The outbreak of the Corona virus and the resulting worldwide pandemic not only caught private individuals ice cold, but also hit the economy, especially the financial market, very hard. Even the Bitcoin price first had to get used to the new circumstances and was shaken up in mid-March with a price collapse to the low for the year of 4,339 euros - almost 5,000 euros less than in the previous month.

However, the world's best-known cryptocurrency was able to rehabilitate itself on the market much faster than the DAX or the Dow Jones and already reached the pre-Corona price level again in May 2020. The price of BTC was boosted by the long-awaited halving, the day on which the reward for a miner-created block of the Bitcoin blockchain is halved. This event, which takes place every four years (every 210,000 blocks to be precise), has been a catalyst for a rising price in the past and should have a positive impact on it this year too - despite Covid-19.

Unlike in the past, however, the Bitcoin price catapulted to unimagined heights in the second half of the year, which cannot be exclusively linked to the halving event. In December 2020, Bitcoin reached its own all-time high for the first time in three years, and while many expected another price slump like the one around the turn of the year 2018, the BTC price subsequently climbed steadily upwards and this week cracked the magic mark of 50,000 US dollars (approx. 42,000 euros). But what are the reasons behind this development?

The entry of the online payment service PayPal, announced in autumn, gives 26 million merchants worldwide access to Bitcoin, while private users also have to overcome much lower barriers to invest in the cryptocurrency. Although Paypal per se is not a Bitcoin wallet like BitBucks, this news strengthens the position of digital currencies like Bitcoin against struggling fiat currencies like the euro or the US dollar.

In addition, other large companies are following PayPals lead, such as most recently the credit card provider Mastercard, and even the European Union, albeit more out of its own protective stance, is providing the necessary attention for digital currencies with stricter regulation of crypto-custody services.

Bitcoin as a means of payment - BitBucks and the better money

Bitcoin adoption continues to advance, resurrecting the digital coin as a crisis currency. By now, BTC is more than just the new gold, as it offers several use cases in direct comparison. With services like BitBucks, Bitcoin can be used in everyday life by everyone. If you thought you couldn't buy toilet paper or pay at a sushi restaurant with Bitcoin, the all-round Bitcoin wallet from BitBucks will prove you wrong.

Due to the positive development of the Bitcoin price, the cryptocurrency is becoming interesting for more and more businesses. The payment market seems to be ready for an additional payment alternative and we at BitBucks also feel the growing interest from retail, gastronomy and other businesses to accept Bitcoin. BTC is increasingly dominating daily events, which will further strengthen the Bitcoin price. The "better" money has proven itself as a crisis currency during the Corona pandemic - Bitcoin is the currency of the internet and the future!

Do you need banks in order to use Bitcoin?

Yes and no. If you want to buy Bitcoin directly from, for example, the stock market, you will need a valid credit card or bank account. Another way to get bitcoin is by using custodial wallets like BitBucks. This is possible because Bitcoin is a monetary protocol for the Internet. You can use Bitcoin in the same way as you access a website. Access is enabled by wallet software, which is available in various models free of charge, or by direct connection to a node.

How do I buy Bitcoin?

Generally from digital wallets or currency exchanges. These exist in virtually every country. These facilities will usually confirm the identity of their customers via video-based methods. You can then purchase Bitcoin via bank transfer or in some cases using other payment methods such as credit cards and PayPal for instance. After the purchase, users can store the acquired coins in their Bitcoin Wallet.

Many countries also have platforms for direct trade between private individuals which are quite popular. There are often vending machines from which you can buy Bitcoin. In addition to that you can also purchase credit vouchers in kiosks.

An alternative way to the purchase of Bitcoin is acceptance. For example by using BitBucks! You can accept Bitcoin as payment for goods or services that you provide. In some countries, employees or freelancers may be able to convert part of their salary or fee payments into Bitcoin.

How does bitcoin protect against inflation?

While in Fiat money the central banks can control the money supply, in Bitcoin it is determined by an algorithm. The miners are forced to mine the amount of bitcoins specified in the protocol. The amount of bitcoins in circulation can be checked in the present by anyone and predicted for the future. Currently, there are more than 17.5 million bitcoins, the creation of new coins reduces by half every four years. There will never be more than 21 million bitcoins.

Isn't the Bitcoin price too volatile and therefore a risk for me as a merchant?

If you sell your Bitcoin on the same day at the end-of-day price, the volatility of the Bitcoin price hardly plays a role for you as a merchant. In addition, due to the pending halving and the deflationary character of Bitcoin, the price is expected to stabilize over time anyway.

In Bitcoin terminology, Bitcoin are not saved to addresses but as UTXO or “unspent output”. UTXO is commonly known as “coin” as it represents just this: coinage to the specified value of Bitcoin. Such coins can only be spent as a whole. If they are larger than the sum to be sent, then the remaining amount comes back into your wallet as change.

Bitcoin is a virtual currency, also known as a cryptocurrency. It was developed in 2009 and has grown at a rapid rate since then. Bitcoin is accepted in almost every country in the world; more than 500 million dollars have been transferred via this method till today. It gives an unprecedented degree of financial autonomy to its users.

What is an BTC address?

Bitcoins are sent to addresses. An address is an approximately 35-digit character combination. It has a similar function as the IBAN number for bank transfers: You can transfer money to it by entering it in a field on the transfer form. However, unlike IBAN numbers, your wallet can form an almost infinite number of addresses.

What is the difference between Bitcoin and PayPal?

PayPal is a closed system. The money that is moved via PayPal remains in that system, and can only be accessed through PayPal software. Bitcoin, on the other hand, is an open system. The user can transfer money directly, without a middle-man. At the same time this means that there is a market for middle-mens, who can provide users with an interface for Bitcoin and, with a wallet like BitBucks, payments are cheaper and more convenient.

What is the lightning network?

The lightning network is a so-called “offchain” network. It does not transport Bitcoins to the blockchain, but operates through “payment channels”. These increase the privacy of transactions and the scalability of the system, but so far they still offer users reduced convenience and security.
An alternative to the lightning network is a fiduciary wallet such as BitBucks, which carries out transactions for users within its own system. This is less autonomous, like lightning, however results in the same effect in terms of scalability and can be better integrated into a convenient user interface.

Who can use Bitcoin?

Anyone who has access to the Internet. Everyone is equal with Bitcoin; the network does not require permission. Age, gender, religion, social status, origin - Bitcoin does not recognise these categories.

Who does Bitcoin belong to?

Bitcoin is, in essence, an open-source software. This means that it belongs to no-one and therefore to everyone. No-one can build a fence around Bitcoin - everyone has access.

Why choose Bitcoin over other virtual currencies?

There are 1,000 virtual currencies, and none of these offer any significant advantages over Bitcoin. Bitcoin is the face of the financial revolution, the brand name of virtual currencies, the best-known and most widely accepted of them all. Why, then, would anyone want to start from scratch with another currency?

Why is Bitcoin so revolutionary?

Bitcoin is a truly international currency which is inflation-resistant, private, autonomous, does not require consent and cannot be censored. There is no central bank devaluing money through inflation, nor any banks or other middle-men conducting the transfer between sender and receiver. Bitcoin transactions are without borders. The user's private key gives full ownership of Bitcoin units, and with a passphrase you can even store it in your head.