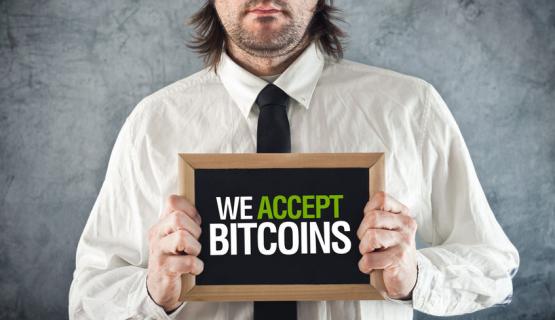 How do you get Bitcoin to the cash register at bakeries, kiosks and other small retailers? We explain how you can accept Bitcoin in five minutes, what there is to keep in mind - and why the BitBucks Wallet is already designed to pay with bitcoin in retail?

In retail, clocks often tick differently. Especially in small shops - bakeries, kiosks, snack bars - people usually pay cash. The amounts are often too small to justify the purchase of a terminal for credit card payments, and even if there is one, the fees are taking a disproportionate amount away from the income.

But cash payments are not free either. The revenues have to be brought to the bank, where usually a fee is due to pay them in. In general, cash is on the retreat. More and more people are no longer carrying banknotes and coins, but rather plastic money. Even for small retailers, there is no way around breaking old habits and accepting cashless payments sooner or later.

If you want to offer your customers an alternative without investing in a terminal or paying expensive fees, you should take a look at Bitcoin.

Even if you want to accept another inflation-resistant currency, you can benefit from Bitcoin. Bitcoin helps travellers avoid having to change money into euros, dollars or any other national currency. If you accept the crypto currency at the checkout, you will impress your technology enthusiasts and euro/dollar sceptics - and free yourself from the influence of banks and payment service providers. There are many reasons to accept Bitcoins in retail.

Bitcoin is a digital currency that was created in 2009 and has since arrived in numerous shops and online shops around the world. Many believe that it is the currency of the future: a global, value-stable digital money that can be sent from Canada to Kuwait as quickly as from Stuttgart to Berlin. It's worth getting started here early.

However, many people hesitate to use Bitcoin. Bringing it to your own counter certainly requires a great deal of computer technology knowledge, perhaps even the help of professional computer scientists. Right?

No! There are few things as simple as bringing Bitcoin to your bakery or kiosk.

Ask yourself two questions: Do you have a smartphone? Have you ever downloaded an app? If you've nodded both times, it won't take you more than five minutes to accept Bitcoins on the spot.

How does it work? Download a Bitcoin Wallet to your smartphone - let's take normal wallets like Breadwallet or Mycelium for this example. If someone then wants to pay, tap on "Receive", enter the amount and show your customer the QR code. He will scan it and shortly afterwards your wallet will tell you that you have received a payment.

That's it. If you can use Whatsapp, you can also receive Bitcoins. Not even a bank or other service provider is involved. Just like cash, Bitcoins flow directly from the sender to the recipient. Only electronically.

The only limitation is that both you and your customer need an Internet connection. Experience has shown that a G4 or G5 mobile network is sufficient, even if it is not available in full strength. If your store is located in a dead spot, you can offer your customers free wifi.

Of course, you should know a couple of little things. First, to protect yourself from thieves, you should regularly transfer the Bitcoins to another wallet. After all, Bitcoin is digital cash. What Bitcoin has in common with its analog counterpart is that there is no way to undo a theft.

Second, unlike cash, you don't have to go to the bank to get your money safe. You can do this in seconds with your smartphone, no matter where you are. For example, you can send the Bitcoins you have earned to your wallet on your PC at home. Or you can store them on a stock exchange where you can sell them for Euros.

Because although Bitcoins are stable in value in the long term - much more stable in value than the Euro - they sometimes fluctuate considerably in value in the short term. Anyone who is dependent on realizing their income in euros in a timely manner instead of keeping it in a volatile money like Bitcoin should therefore exchange it as quickly as possible. For many, however, it's all about - earning Bitcoins, keeping them, and participating in the (hopefully) good price development in the long run.

Problem of transaction fees and times

There is also a detail about Bitcoin that you should know about: A transaction is initially considered unconfirmed. Only after about 10 minutes it will be confirmed by the Bitcoin miners.

If you are dealing with smaller amounts - for a bread roll, a beer, a cake, let's say - it doesn't matter in itself. Nobody will take the trouble to carry out a technically challenging and criminal double spend in order to obtain a chocolate bar. If, on the other hand, you sell expensive things - jewellery, electrical devices and others - an unconfirmed transaction might not be safe enough.

Transaction fees can also be a problem. These are usually relatively low - 2 to 5 cents - but can in some cases be up to 50 cents or more. They are paid by the sender, i.e. your customer, but you also have to transfer the Bitcoins later, for example to exchange them for euros. At the latest then the fees can become unpleasant.

Fortunately, there are solutions that solve the problem with both the confirmations and the fees. Usually it is suggested to use the Lightning Network. Lightning is an off-chain network through which Bitcoins are transmitted almost free of charge, without having to wait for confirmation. However, Lightning requires a great deal of technical skill and will only work very slowly with poor mobile reception. Only in exceptional cases is it suitable for the retail, at least at this time.

A simpler and more efficient solution delivers the BitBucks Wallet. This instant payment app allows you to send and receive Bitcoins both conventionally and internally in the BitBucks system. If both you and your customer use a BitBucks Wallet, the payments only cost one percent for the merchants  and are confirmed in real time. It is the perfect tool for the retail sector.

Unlike Lightning, BitBucks is extremely simple to use. It's even easier than a Bitcoin wallet. You download the app, log in with your phone number and you're ready to go. More informations about the BitBucks Wallet can be found on the Website.

What are you waiting for? Take five minutes to bring Bitcoin to your counter. You have nothing to lose, but a lot to gain.