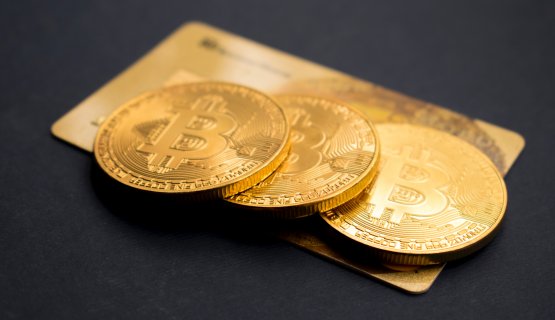 The latest app update for iOS and Android allows BitBucks to follow one of the biggest trends in the Bitcoin community: Stacking Sats.The new Reward Systems in the Bitcoin Wallet allows users to earn Satoshi while paying with BitBucks and thereby to save BTC. Find out how this works and why retailers in particular benefit from the bonus program here!

What is Stacking Sats?

Stacking Sats is probably one of the biggest trends in the Bitcoin community over the past twelve months. It's about nothing less than a steady increase in your own Bitcoin assets. The term "Sats" in this case means an abbreviation of the smallest BTC unit Satoshi (named after Bitcoin inventor Satoshi Nakamoto) - one unit of Sats corresponds to 0.00000001 Bitcoin.

But how can Satoshis be stacked? Those who believe in a steady rise of the Bitcoin price can resort to the "classic" variants, i.e. mining or a regular purchase of Bitcoin on the stock exchange, to expand their BTC portfolio. However, Bitcoins can also be earned: On the one hand, this can be done by simply getting paid in Bitcoin - as a freelancer, for instance - or, on the other hand, by resorting to so-called cashback providers.

Since the latest app update for iOS and Android, BitBucks now also offers such a cashback service, which allows users to get a small part of their payment back as sats. So if users use the Bitcoin Wallet from BitBucks to make payments in the future - for example in retail - they too belong to the group of people who actively use the method of Satoshi Stacking. All revenues are stored in a separate savings account and can be added to the main BitBucks balance with just one click.

Meanwhile, the extent of the saved "Sats" is determined by the participating merchant. The merchant decides individually on whether he or she wants to contribute one, ten or even up to 70 percent to the BitBucks Reward System. If merchants are uncertain about the bonus program at first, they can of course receive payments in Bitcoin via BitBucks even without the reward system.

Pay with Bitcoin and Stacking Sats

BitBucks not only paves the way for Bitcoin to finally be used in retail, it also helps users to earn Satoshi when spending BTC. At the same time, merchants can attract customers with an appealing bonus program, increase payment transactions with Bitcoin in their own stores and ultimately operate Stacking Sats themself as well (Whether merchants keep the BTCs they earn or convert them directly into local currency is ultimately up to them).

With the new Reward System in the BitBucks Wallet, users are invited to make payments in Bitcoin.  In addition, Stacking Sats finally encourages merchants to integrate contactless payment methods while attracting their own customers with a new lucrative offer.

Are payouts from my BitBucks app possible anytime and anywhere?

Yes! You can withdraw your desired balance from the BitBucks App to another Bitcoin Wallet at any time. Please keep in mind that besides the normal costs for blockchain transactions, we at BitBucks also charge a 2% fee for payouts.

Are there any fees for payments with BitBucks?

No! All payments within the BitBucks app are completely free and can be made in seconds.

Can I mis-type with my transaction?

No. Bitcoin addresses have a checksum of their own symbols. The chance of accidentally entering a false address with the correct checksum is virtually zero. It is much lower than, for example, with IBAN numbers.

Can bitcoin transactions be censored?

If you make the transaction yourself - no. Transactions are pseudonymised and processed by a network without distinction. As Bitcoin is a decentralised network, there is no central location with the power to prevent other nodes from carrying out and verifying transactions - as long as these are covered and valid according to the rules of the network.

How can I trace a transaction?

Bitcoin transactions are part of the blockchain and are therefore stored in every node of the network. “Blockexplorer” allows transactions to be traced using the BTC address or transaction ID. This is helpful in ascertaining that a transaction has actually occurred.

How do I top-up Bitcoin to my BitBucks Wallet?

For this you need a second Bitcoin Wallet next to the BitBucks App: We recommend the Blue Wallet or Electrum where you can store your Bitcoin credit. Using the top-up function in the BitBucks app, you can then simply transfer Bitcoin to your BitBucks account by entering the Bitcoin address.

How do payments work with BitBucks?

Payments within the Bitcoin Wallet of BitBucks can be made to all valid telephone numbers. Since the transactions are executed outside the blockchain - offchain - even smaller amounts can be processed in BitBucks within a second.

Is there a list of all transactions within the BitBucks app?

For all bookings within the BitBucks App an overview can be created monthly as PDF to ensure a smoothly tax accounting.

What are payment URIs and the payment protocol?

A payment URI is a request for payment that many wallets can generate. URIs define a target address, an amount and may include a notification for the sender such as the order number. These can be scanned like a QR code or copied into the send field of a wallet. One click on the payment URI opens the wallet with the pre-formulated transaction.
The payment service provider BitPay uses the payment protocol. This enables BitPay to set fees for a transaction and transfer this amount to the miner itself. In this way, BitPay can increase the success rate of its payments. This payment method is used in the same way as the URI: you can scan it in, click the link or copy it into a wallet. In any case, not all wallets support the payment protocol.

What are transaction fees?

A Bitcoin transaction attracts a fee which is paid to the miner. Under normal circumstances fees amount between one and five cents. However during peak times these may increase noticeably to values of 50 cents or even one euro. If you pay too little in fees, you will have to wait longer for confirmation of your transaction. Most wallets select the appropriate fees. Wallets like BitBucks, in which transactions can also be internally calculated, can save you fees and accelerate confirmation of your transactions.

What is a Blockchain transaction?

With a transaction, you transfer Bitcoin from your Bitcoin wallet to another party. This transaction or payment will be signed off with your private key and forwarded to the node in the Bitcoin network. This is propagated across the whole network until it reaches a miner, which can confirm the transaction.

What is a confirmation?

As soon as the miner puts your transaction into a block and then attaches it to the blockchain, the transaction is “confirmed”. This means that it is an official part of the blockchain and can no longer be countermanded. “Confirmation” corresponds to the two-week buyer protection period with PayPal or the settlement period with credit cards, which can take months. With Bitcoin, the confirmation period usually lasts 5-10 minutes.