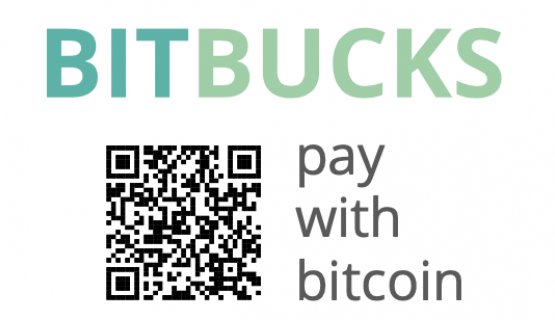 How can merchants accept Bitcoin in their store and what should be considered with payments in cryptocurrencies? At our online event, BitBucks and attorney Benjamin Kirschbaum answered the most important tax and regulatory questions. The complete video can be found here.

Why pay with Bitcoin?

First of all, it is important to establish why merchants should accept Bitcoin as a means of payment at all, especially since there are numerous other cashless and contactless payment alternatives. Bitcoin is not only the best-known crypto currency worldwide, it also represents the currency of the Internet. The potential of Bitcoin, especially in countries without a regulated banking system, is undisputed. In addition, it makes payments across national borders easier and annoying money exchange obsolete.

In Germany, on the other hand, Bitcoin is above all a convenient way to store digital money securely. Bitcoin appears to be a safe alternative to the weakening fiat currencies such as the euro or dollar, especially in times of impending crisis, such as the expected recession caused by the Corona pandemic. Because one thing is clear, state intervention, for example by bailiffs, is not possible with Bitcoin Wallets. Everyone can determine the level of security of their coins themselves and thus diversify their own risk.

Are merchants allowed to accept Bitcoin at all?

Even if the term cryptocurrency was long considered controversial in the German financial landscape, there is now agreement at the Federal Financial Supervisory Authority (BaFin) about the role of Bitcoin and Co. Cryptovalues is part of the German Banking Act and thus recognized as a financial instrument. This means that Bitcoin is no different from other currencies and may be used by merchants as a means of payment without hesitation under supervisory law.

According to attorney Benjamin Kirschbaum, this legal status in Germany will not change that quickly. Because even stricter regulations for Bitcoin would be equivalent to a complete ban. However, as more and more countries are currently relaxing their laws for crypto currencies (India and South Korea), this seems a rather unrealistic scenario.

What do merchants need to consider when customers pay in Bitcoin

For the current business process, nothing will change in retail for the time being, should merchants decide to accept Bitcoin as a means of payment. Even if the customer actually pays in BTC, only the corresponding equivalent value in Euro is booked in the balance sheet. Since the Bitcoin exchange rate can be subject to major fluctuations within a day, it is essential for merchants to document the exchange rate in Bitcoin for all incoming payments.

Since this process would involve a disproportionate amount of work in detail, it is common practice in the tax settlement of Bitcoin payments to use only the end-of-day exchange rate as a benchmark. BitBucks facilitates this process for all merchants - as well as private users - and ensures maximum transparency for the tax authorities with a simple transaction export. All relevant information - amount in Bitcoin, in euros, payment date and conversion rate - is made available to merchants on a monthly or annual basis, as required.

Earning Bitcoin: Hodl or sell them?

If a merchant receives a payment in Bitcoin, two scenarios arise for him: Firstly, as a restaurant owner, baker, etc., you could hodl the coins you earn. Of course, as a merchant, he or she still pays the VAT on the products sold, but a VAT liability expires on a later sale. So if a retailer decides to sell Bitcoin after some time, only the profit made is taxable at that point, or the loss caused by a fall in the exchange rate has to be written off. So if one is convinced of Bitcoin's potential, a company could very well make high additional profits.

On the other hand, merchants can convert the received Bitcoin into Euro in a timely manner. To do so, the earned coins would have to be sold again at the end of the day at a crypto stock exchange like Bison (similar to going to the bank to deposit the earned cash). If you choose this option as a merchant, you avoid the possible risk of Bitcoin price fluctuations. Even if the end-of-day price of BTC would be unfavorable for the retailer, the past years show that this imbalance will even out over time. In addition, the volatility of the Bitcoin price should in any case be significantly lower in the future due to the pending halvings and the associated maximum number of Bitcoins (21 million).

Bitcoin undoubtedly represents a lucrative opportunity for many merchants to finally find their way to cashless and contactless payment. With BitBucks, not even an expensive terminal is needed for this - the smartphone and the iOS or Android app are sufficient for merchants to accept Bitcoin. The Bitcoin Wallet from BitBucks also provides all relevant data for tax accounting.

So as a restaurant owner, baker, hairdresser or kiosk owner, you have almost nothing to lose, but a hell of a lot to gain. If you as a retailer now want to accept Bitcoin in your store as a means of payment, just send us an email and we at BitBucks will contact you immediately.

Can bitcoins be seized?

If you store your private key securely, no one can confiscate your bitcoins.  Only the one who has the key can access bitcoins. It is protected by strong cryptography.

I have to pay taxes on Bitcoin, but do I have to convert the earned coins into Euro immediately?

The Bitcoin received can either be sold by merchants in a timely manner at the end-of-day rate or added to their own fixed assets. In the case of a later sale on the stock exchange, only the profit made is taxable for traders - any losses can be written off normally.  *German Law only

In almost all countries, the use of Bitcoin to send and receive money is permitted. In a few countries this is restricted or completely forbidden. Please seek reliable information as to the legal situation regarding Bitcoin in your country.

What additional factors must be taken into consideration for tax accounting?

Merchants must document the corresponding exchange rate for all Bitcoin payments - the end-of-day exchange rate is also sufficient. The Bitcoin Wallet from BitBucks provides all relevant information with an integrated transaction export in the app, thus simplifying the work for the merchant.

What is Bitcoin legally? Can I even accept it as a means of payment?

Yes, in Germany, crypto assets such as Bitcoin belong to the German Banking Act and are therefore considered a financial instrument. As a merchant, you can therefore accept Bitcoin without hesitation.

What is the german government's position on Bitcoin? Is there a danger of stricter rules?

Stricter regulations in Germany would amount to a ban, which seems more than unrealistic in the current development.

What will change for me as a merchant if I offer Bitcoin as a means of payment? Suddenly I get paid in Bitcoin and not my local currency as usual.

Euros (or any other currency) are still booked in the balance sheet. In the normal course of business nothing changes.

VAT is still charged on the products sold as normal. When selling Bitcoin, an additional deduction of VAT is also no longer necessary.