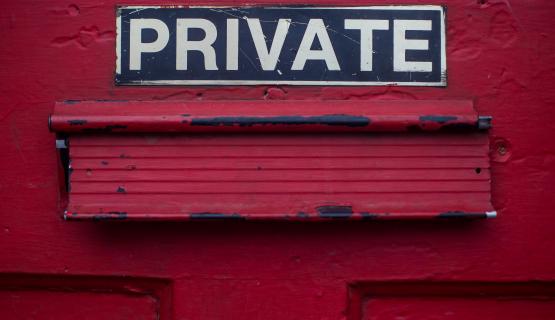 In the age of digital mass surveillance, most people's finances are quite transparent. Bitcoin helps you keep the monitors in the dark.

Ever since Edward Snowden's revelations in 2013, we have all known that the Internet has also become a nightmare. The NSA and many other intelligence agencies have set up a total surveillance system that goes beyond anything dictators of pre-digital times could have dreamed of. Every step in digital space is observed, recorded and analyzed.

Unfortunately, money also became digital in the same train. When do you still pay with cash today? The vast majority of transactions take place via electronic channels such as bank transfers, credit cards or PayPal. These payment providers have full insight into your financial data, and often enough they share or sell this information.

Fortunately, there is a simple way to get a bargain to the supervisors: you just have to use Bitcoin. Because Bitcoins are not associated with your name, but with an address. Your wallet can generate as many addresses as you want.

That's not bad in itself. After all, there is not your name in the blockchain, only an address. Therefore, Bitcoins, despite the transparency of the blockchain, are still much more private than your money on a bank.

But it still makes sense to consider some measures that will help you to stay as private as possible. So you should use a new address for every payment you receive. It is also helpful to use different wallets. One - or more - for the PC, one for the smartphone, a cold wallet for savings and so on.

If you also use a wallet like BitBucks, you will also enjoy a special privacy. Because with BitBucks, transfers take place internally instead of on the blockchain. So nobody but BitBucks can see what you're paying to whom.

In this context, one thing is particulary important for us: BitBucks is for everyone! Download our simulation App on iOS now and give us your Feedback. Help us bringing BitBucks as a payment tool into the life of everybody.