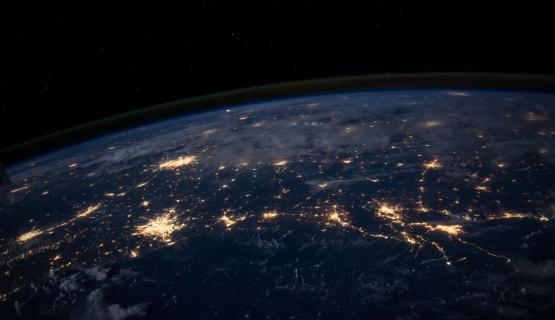 Bitcoin is the money of the Internet

Bitcoins apply wherever the Internet reaches. They turn the net into a global currency union. In addition, Bitcoins move on the Internet as smoothly as a fish in water. This reduces many of the frictions that affect the current monetary system.

Imagine there was a single currency for the whole world. Well - you don't have to imagine it. That already exists: Bitcoin is valid around the globe, from Tierra del Fuego to Norway, from Alaska to Australia, from Japan to Great Britain.

It makes no difference whether you send a digital coin to your neighbor or to someone on the other side of the world. Bitcoin turns the whole Internet into a monetary union. All the annoying money changing, the days of waiting for a bank transfer to arrive, the high fees - that's actually unnecessary.

With Bitcoin, money becomes the core equipment of the Internet. You no longer need intermediaries to pay anyone, no matter who, no matter where. The new money system knows no borders, but also no names, no races, no sexes. Bitcoin belongs to nobody and therefore to everyone. Everyone has the same rights.

The fact that Bitcoin is the natural money of the Internet also has another effect. All the frictions that arise because someone wants to have control over money are eliminated.

There are about dozens of wallets that you can use to receive or send Bitcoins. You can use Bitcoins in a browser wallet, you can send raw transactions directly to the network, and you can even use radio waves or SMS to send the digital coins. If you can, you can also program your own wallet. You don't have to ask anyone for permission.

Because there are no middlemen, it is also possible to pay tiny amounts in real time. At least with wallets like BitBucks or offchain systems like Lightning. In the future, thanks to Bitcoin, we will have the possibility to buy and sell things on the Internet for small amounts of money, such as a song, a video, or even just a few minutes access to a website.

Bitcoin is the money of the Internet and the money of the future. It is much freer and more open money than anything we have ever had, because there is no one who can control it. Be there when mankind reinvents money.